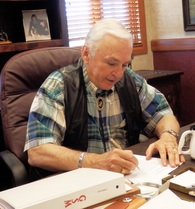 Bob Grace has more than 45 years onsite experience as a consultant in blowouts, fires, well control and deep drilling and completion operations. He holds B.S. and M.S.  degrees in Petroleum Engineering from the University of Oklahoma, and is a Registered Professional Engineer in Texas. He has conducted seminars worldwide in Well Control and Drilling Practices since 1968. In addition, he served as the acting Head of the Petroleum Engineering Department at Montana College of Mineral Science and Technology. Mr. Grace has solved drilling problems in every corner of the globe; onshore and offshore. As a well control expert, he has specialized in handling and supervising the most complex and high profile blowouts the industry has kno﻿wn, including the Macondo blowout and the largest blowout in Texas history, the Apache Key. Mr. Grace pioneered engineering technology in well control with emphasis on fluid dynamics in well control.  As well, he pioneered relief well technology and designed and supervised the industry’s deepest relief well with a well bore intercept, a record that has stood for more than 30 years.

By 1991 lots of folks had seen an oil well fire but no one had seen or could imagine a thousand oil well fires in an area no bigger than 60 miles long and 20 miles wide.  But, that is what the world saw after the Gulf War of 1991 when the retreating Iraqi forces set Kuwait on fire.  Thus began the Al-Awda Project.  During that  project, Bob Grace was a consultant to the Kuwait Oil Company responsible for the Giant Burgan Field, the oldest and biggest field in Kuwait, second in size only to the Ghawar Field in Saudi Arabia, the largest oil field in the world. In the Burgan Field, the high flow rates and great well densities found in the more than 300 well fires, extensive ground fires and large oil lakes presented the most difficult challenges of the Al-Awda Project – the oil fires of Kuwait. When the Deep Water Horizon went down in flames in 2010, Mr. Grace was already in Houston helping BP revise their Well Control Manual.  He remained in Houston for the duration of the project as a member of the well control team and special adviser to BP in all phases of the control effort.  He was a part of the kill team that eventually killed the well.

Mr. Grace has authored numerous papers on blowouts, well control and drilling practices. He authored Advanced Blowout and Well Control released in 1994 by Gulf Publishing, and coauthored the industry’s standard Drilling Practices Manual published by Pennwell. He is also the author of Blowout and Well Control Handbook, first published in 2003 by Gulf Publishing with the second edition being released in 2017 and Oil – An Overview of the Petroleum Industry published by Gulf Publishing Company in 2007. He has qualified as an expert witness in most oil-producing states in the United States and in the Federal Court in Canada.
Resume